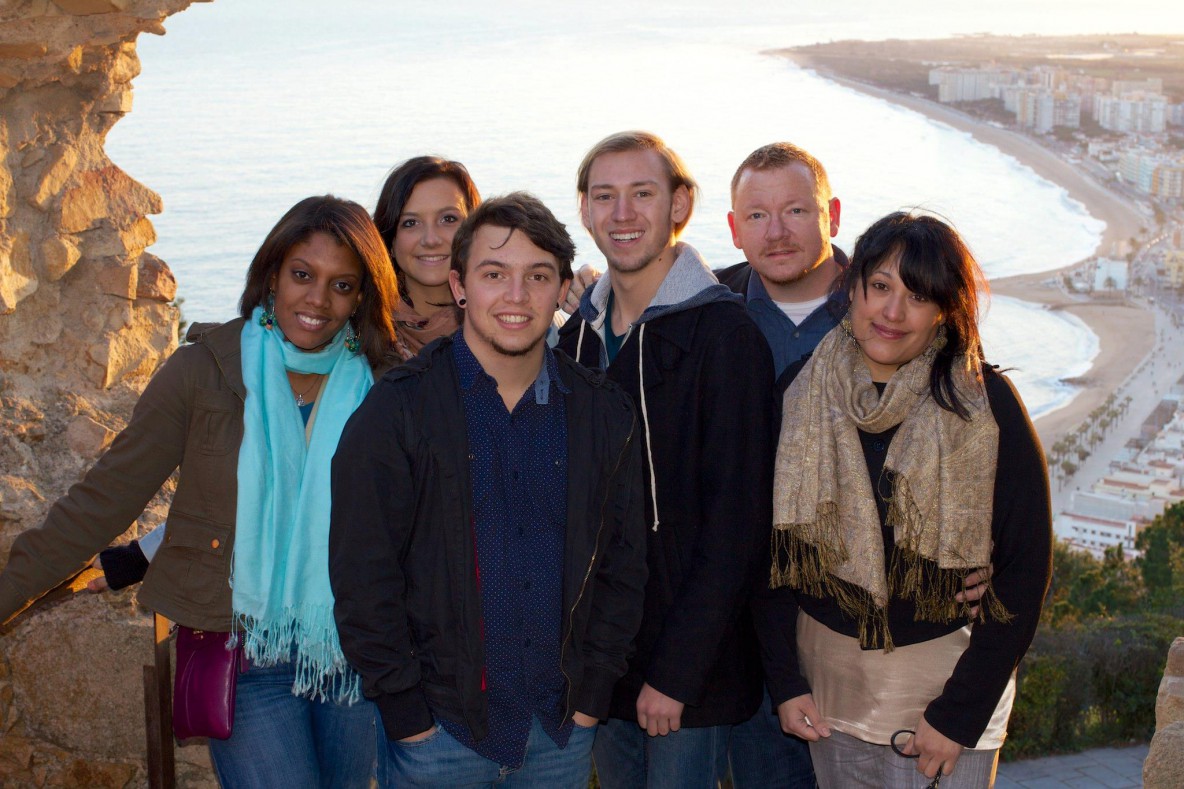 “Bon profit!” announced the gentleman who just treated the team to a wonderful Catalan meal, as the team smiles and responds, “Gracias!” (with a spanish accent)  That’s the sum of the Abante International team’s stay in Girona, Spain. It’s not that the team only enjoyed good food, but every activity, was as wonderful as eating a great meal.

The team was treated to several activities while in Spain.  These services were planned by the hosts and pastors of a group of churches called CCFEAM.  The colleagues received an extensive lesson about the Catalan people, the land, their language and the need for missions in the region.  For the missions portion of the trip, the colleagues participated in several youth events, a leadership workshop, and several church services.  The team also engaged the community by packing food items for families in need and they also shared testimonies and visited with a group of men from The Good Samaritan Rehabilitation Center.

The hosts took the group to Barcelona for a day of sightseeing and relaxation, where they enjoyed a visit to the Sagrada Familia church.  The first architect of the church was Francesc de Paula del Villar, who started the project in 1882.  Since then, the project has gone through several architects and still today, it is not finished.  The structure is exquisite with detail and quite impressive.

A trip to Barcelona cannot end without a view of the entire city all the way to the Costa Brava, from the top tower of the Temple of Tibidabo (Full name is, the church of the National Expiatory Temple of the Sacred Heart of Jesus).  The view is absolutely breathtaking!  The team walked around in Las Ramblas -This is a series of tree shaded pedestrian malls that go from the the Plaza de Catalunya to the port and enjoyed a good spanish lunch there.

There were several small trips to sights like the small fort of Besalu; a medieval city, and a walk around the Costa Brava.  It was during their time in Spain, that the team was able to purchase a van for transportation during their stay in Europe.  Many new relationships were forged out of the time spent in Spain and the team has an open invitation to return in the near future.