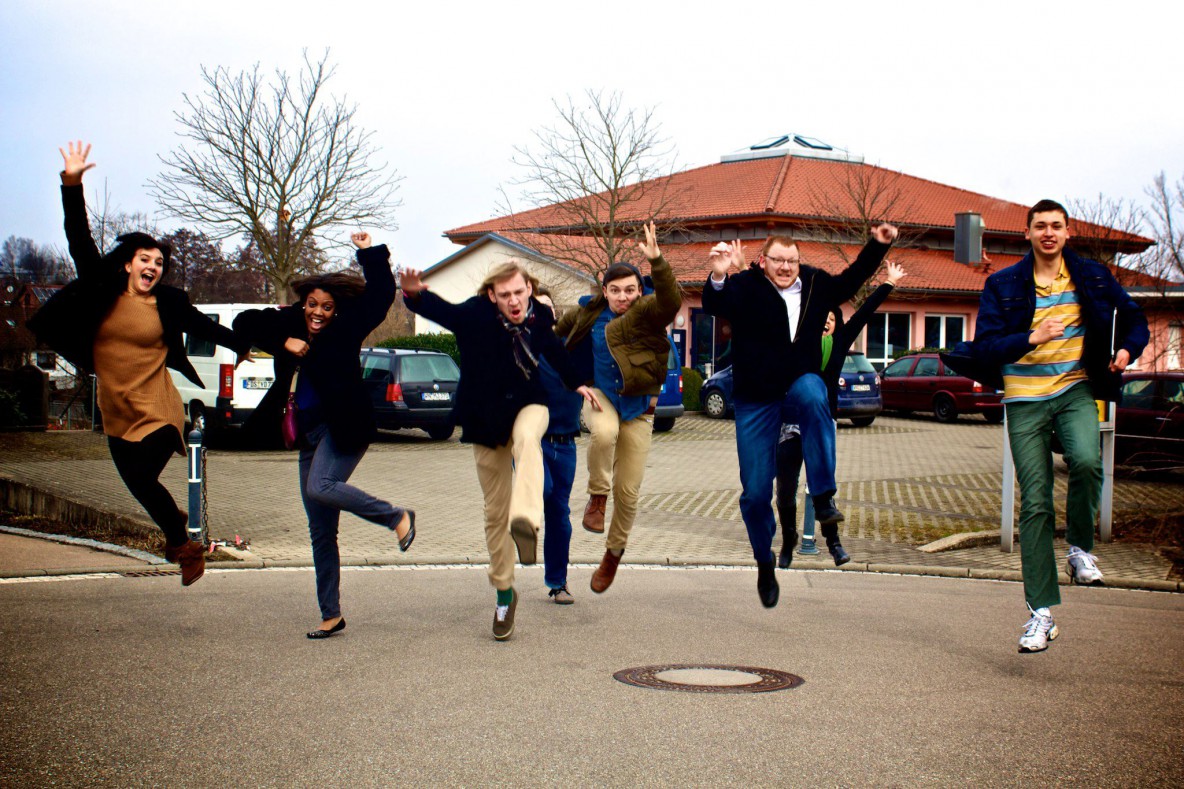 Have you ever tried to give up drinking coffee?  Imagine trying to quit while on a week long trip to Italy; it’s next to impossible!  The Abante International Team began its Easter Tour driving from Allmersbach, Germany, where they picked up their Italian interpreter, Lea Bauer and where Director, Brian Schlottmann began his coffee detox process. After a quick stop in Austria for group photos surrounded by the magnificent Alps, the team went on to Rome, Italy.

In Rome, the team was met by hosts from the Vincovci Church of God, who put together a wonderfully planned itinerary which allowed the colleagues to see many, if not most of the local ancient sights.  Although the weather was mostly cloudy and rainy, the hosts came prepared with umbrellas, historical facts, train tickets, and an extensive knowledge of ancient Roman History and it’s beautiful sights. This made the experience all the more enjoyable.

The team also participated in missions work ministering at a ladies’ Bible study and a youth service with the  Vincovci congregation. The team witnessed first hand how christians should treat each other by the beautiful show of love, kindness and hospitality they experienced through the Romanian brothers and sisters whose passionate and intense prayers touched the hearts of the team.

The next stop was in the city of Pordenone where the team was hosted by a wonderful family of 10 in their very large home.  There the team  engaged the community by visiting a Convalescent home, where they put on a program for the patients and afterwards spent time simply visiting with them.  It was a beautiful experience for the team who enjoyed visiting with wonderful Italian elderly men and women as well as some other international patients, among whom was a cousin of the late Anne Frank.

The team then made their way to a local train station to feed the homeless and to find new friends.  There they visited and prayed with several travelers.  The following day, the host family took the team to Venice for a day of sight seeing and relaxation.  Although it rained heavily, the team enjoyed the beautiful city, with its large plaza, market place, shops, and cathedral.  The architecture was impressive and the ground quite steady for a floating city.

As a way to show their gratitude, the team prepared an American meal for the host family, and this to their delight, was well received. Colleague Stephen King celebrated a birthday during this time with not one but two cakes!  As the team prepared to leave Pordenone, they visited an International church in the city of Oderzo.  The team led worship in Italian and performed a drama, and director Brian Schlottmann spoke.  Following the service the team visited the family of two ETS students, Legia and Salome Todos.  The family cooked a wonderful italian/Romanian meal and the team relaxed in good company.

As the team bid goodbye to Italy and made their way back to Germany, they shared thoughts of how the Easter tour had impacted them personally.  Italy was warm but not only because of the sunshine, the team formed new relationships, good food, great missions and ministry work, amazing sights, and the best coffee ever!  Surprisingly, Brian Schlottmann did not drink a single cup of Italian coffee, although he did enjoyed several servings of Gelatto.