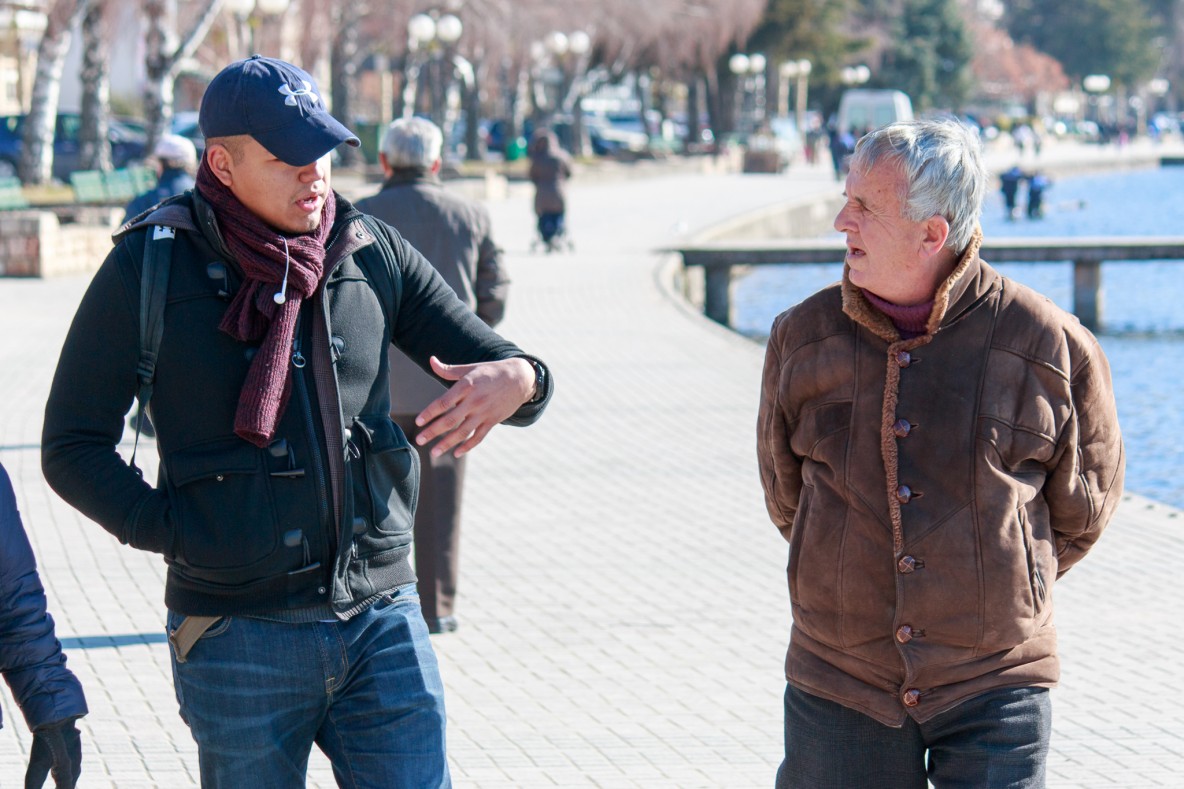 Macedonia (Македонија) is a small nation with a complex and fascinating history. Part Balkan, part Mediterranean and rich in Greek, Roman and Ottoman history, it offers impressive ancient sites side by side with buzzing modernity, managing to pack in much more activity and natural beauty than would seem possible for a country its size.(http://www.lonelyplanet.com/macedonia/Introduction)

The Abante team ministered for two days, encouraging and teaching the local believers, more specifically, a small cell group made of mostly foreigners who had come to pursue their education. Most came from Africa and were in transition until they finish their studies. Colleague Violeta Haro-Oropeza taught at the bible study. “They took everything I said, very literal, and made sure they understood the true meaning of the point given.” Violeta stated. She also says it was impactful to her how they truly valued words.

As the study ended and the group was preparing to go home, right across the room from where the bible study took place, there was a small prayer meeting going on. As the Abante group walked in, it was evident that the Holy Spirit was there. Founding director, Brian Schlottmann introduced everyone, not really knowing why they were there, or how they would minister, yet, it was evident this was an organic God moment. As prayer concluded, and the group broke off into small discussion groups, a beautiful connection was made through fellowship and the sharing of special needs. Colleague Manuel Vital ministered to a young lady who was a new convert, but was struggling to make sense of this new gospel, and how it applies to her life. Manuel shared his own testimony, which deeply moved her, as she opened her heart to receive Godly counsel and inspiration to continue searching and living for Christ. Several days later, as the team was sight seeing in another region, there they surprisingly came upon this young lady again, and she expressed how much Manuel’s story ministered to her.

Macedonia is rich in history that dates back to the biblical accounts found in the bible. Beyond the modern social and governmental situations that shows a country in much turmoil, in the biblical context we can recognize that there was an impact made with the introduction of the gospel news through the Apostle Paul. The colleagues stepped and walked right were Paul had been, and the experience became somewhat of a practical lesson because during this time, the team had been reading a daily chapter from the books of Acts. “We had started this reading in Albania, as it was something that our director Brian Schlottmann had suggested, so as we were traveling, we reflected on Acts, but Macedonia was different, because as we read, we were actually in those places.” -Violeta Haro-Oropeza