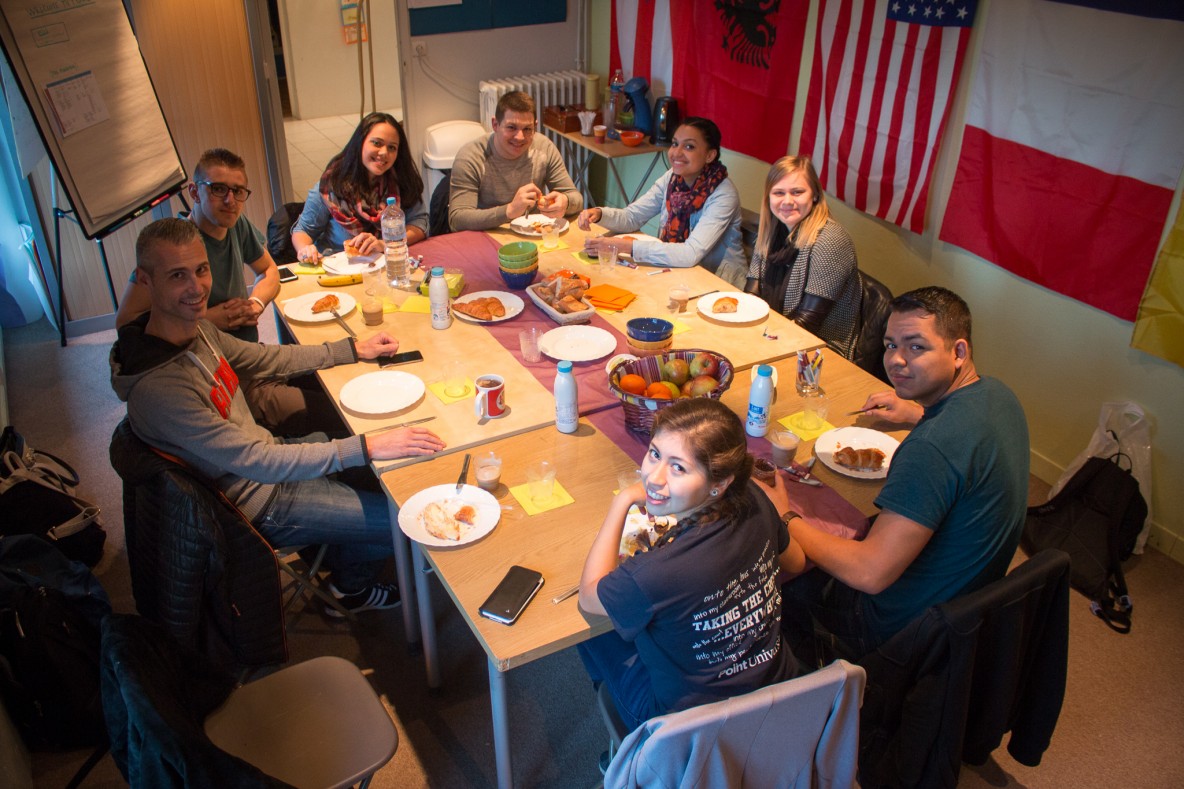 Do stuff. Be clenched, curious. Not waiting for inspiration’s shove or society’s kiss on your forehead. Pay attention. It’s all about paying attention. Attention is vitality. It connects you with others. It makes you eager. Stay eager.Susan Sontag

Over the past five years, Abante International has been actively serving and ministering around the globe. One special relationship that Founding Director Brian Schlottmann has made is with Pastor Philippe Dibling. Pastor Dibling has led the growing congregation of the Church of God in Pontoise, France since 1997. He has consistently demonstrated the heart of a man who loves people, regardless of their background, status, or circumstance; a man who truly sees the value of missions, and community outreach.

Abante teams have served with Pastor Philippe, providing support to his congregation in youth services, through workshops, preaching, leading worship with the local worship team, and doing outreach to a local International University through friendship evangelism. This year’s team focused on similar work, with some added practical work around the church. Sunday School classrooms needed to be remodeled, and the team helped strip wall paper, which turned out to be a mayor ordeal. Thankfully the team’s leader for this project; colleague Katharina Mollecker, insisted the job be finished before the team’s departure. Kathi’s insistence and leadership motivated the team and the job was completed. Other service projects around the property included minor repairs around the building, cleaning around the facilities, and yard maintenance.

Antoine and Louisiana Michel, a young couple from the local church, took time off of work to join the Abante team for ministry. They will be joining the Abante International team for the fall of 2016. The week of service with the team gave them a taste of the work they will be doing while in the program. There was an immediate bond that affirmed the path they are on in becoming Abante International colleagues.

Additionally, the Abante team served side by side with other members and friends of the Pontoise church. During a prayer-walk at the Essec International University, colleague Violeta used her tap dancing skills to connect with the students and invite them to church. Meanwhile, the rest of the team talked with students and prayed around the campus.

The team enjoyed a day visiting Paris, celebrated Assistant Director, Diana Cruz Ayala’s birthday, and received a grand surprise from the local pastor and church! Pastor Philippe surprised the team with a trip to Euro Disney as a demonstration of the local church’s gratitude—which was made all the more better because several young adults from the church decided to join the team for a day at the Disney Park.

Needless to say, the colleagues experienced everything from hard work, to great connections with the congregation, and their host families, a lot of interaction with the locals, servant leadership moments, Intense ministry led by the Holy Spirit, and great fun. Who says you can’t have it all?