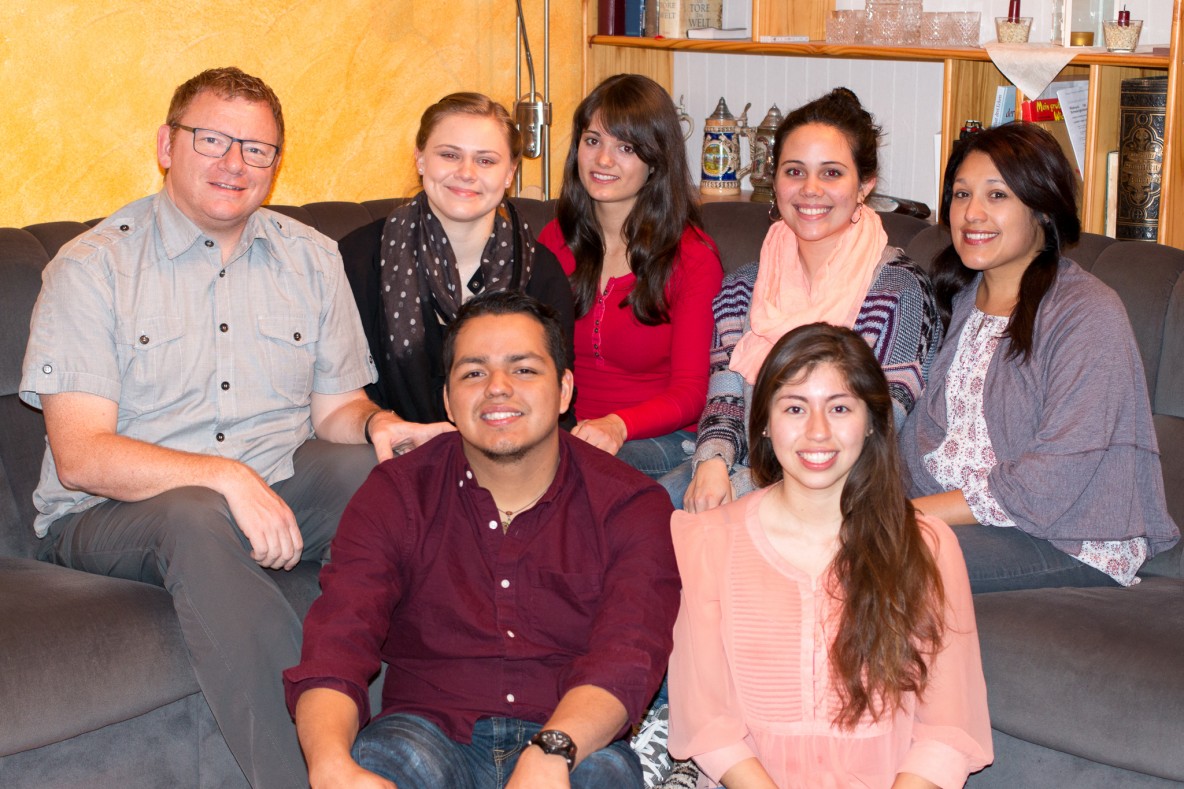 While the Abante team was serving in Puerto Rico, they met a young lady from Germany by the name of Josefine Kehrer. Josefine was doing what German’s call a “social year”, which is either a Summer, half a year, or a full year during their High School education, where a student must go abroad and do some sort of community service. It just so happened that Josefine connected with a missions’ organization in Puerto Rico, and the director of the organization is a member of the Alianza Cristiana y Misionera La Cumbre (Christian Missionary Alliance), which is the home church of Abante’s Assistant Director, Diana Cruz.

Josefine was invited to spend time with the colleagues on several occasions at the Abante house, and soon she became part of the family. Upon departure, contact information was exchanged, and with that, the hope of a future meeting. The wait was not long before the team reunited with Josefine at her home in Ellefeld in the East side of Germany. Josefine and her lovely family invited the colleagues to spend a week at their home for a much needed rest after their missions’ work in Albania, Macedonia, France, Belgium, and Kiel. The time of rest was good for their bodies, but they were also refreshed spiritually, participating in a cell group meeting, and a youth service during their stay.

Josefine took the team on a sight seeing trip to the beautiful city of Dresden, capital of the eastern German state of Saxony. Dresden is distinguished by the celebrated art museums and classic architecture of its reconstructed old town…Before and since German reunification in 1990, Dresden was and is a cultural, educational, political and economic centre of Germany and Europe. The Dresden University of Technology is one of the 10 largest universities in Germany and part of the German Universities Excellence Initiative. (https://en.wikipedia.org/wiki/Dresden)

For Founding Directors, Brian and Beba Schlottmann, this day was special as they were able to meet up with a previous exchanged student who lived with them back in 2008. Felix Valentin is completing his studies in Dresden, and has already met several Abante teams over the years. He guided the team around Dresden, sharing some historical facts, and enjoying reconnecting with the Schlottmanns. As the time in Dresden and Ellefeld came to an end, the team prayed for Josefine and her family and thanked her for sharing not only her home, but also her family, her food, and her wonderful friends.