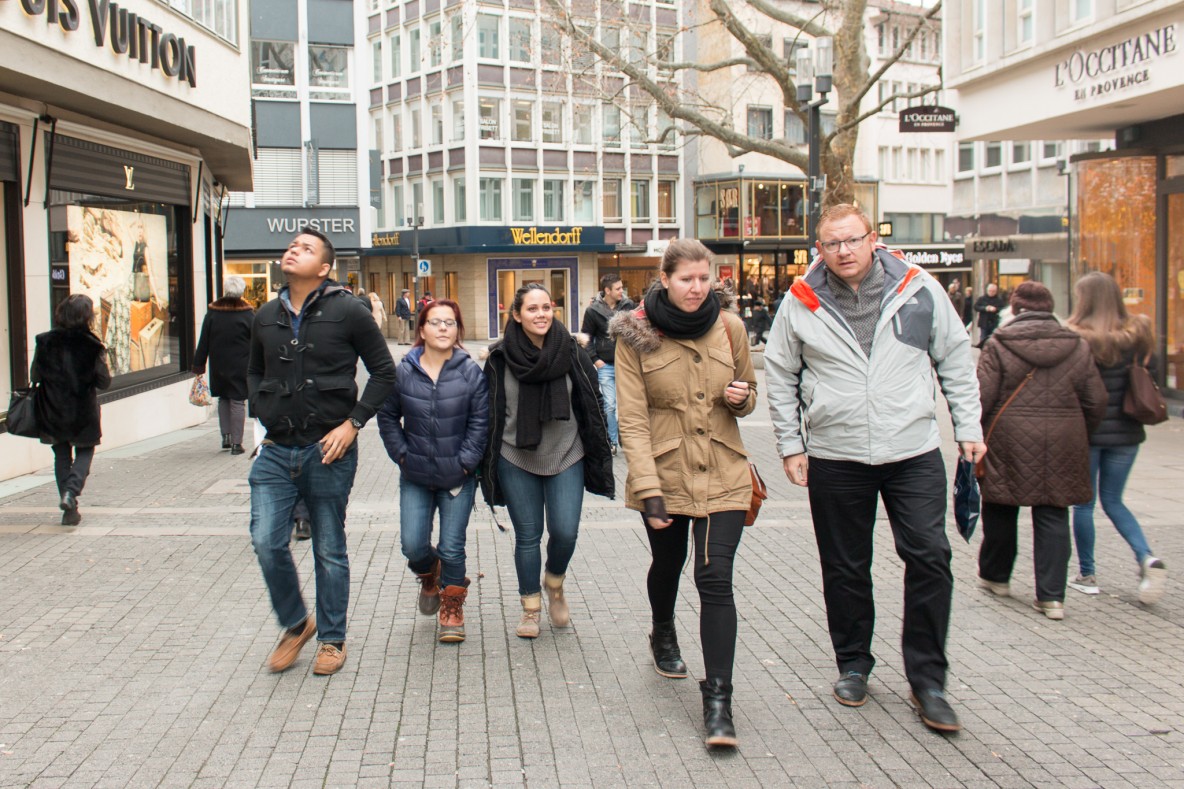 Anxiety does not empty tomorrow of its sorrows, but only empties today of its strength.Charles Spurgeon

As the Abante International colleagues’ transit from one location to another, typically, nerves will set in as they become exposed to each new culture, language, climate, etc. The anxiety levels usually increase halfway through the program, when the colleagues complete the Puerto Rico segment, and ready themselves to begin the European part of the program.

As the colleagues transitioned from the warmth of the sunny Caribbean region to the cold, snow-caped mountains of Europe, they prepared themselves for their new adventure. The team first arrived in Stuttgart, Germany on the 7th of January, where Founding Director, Brian Schlottmann, and former German colleague, Tashina Singer, received them.

After nine long hours on a plane, the team was able to relax for a while, sightseeing through the city of Stuttgart, and tasting some of the German’s favorite street snacks and delicious coffee. Needless to say, this was a great introduction to the culture that will be hosting the colleagues the next four months. Soon after, they headed to the small town of Schwenningen. There the team prepared for their first ministry engagement in Germany. The colleagues visited one of the refugee camps in the area, where they interacted with refugees from all over the world.

Colleague, Manuel Vital preached to the youth of the Church of God in Schwenningen, during their Saturday night service, while Founding Director, Brian Schlottmann and Executive Assistant, Diana Cruz led worship with some of the band members from the local church. Founding Director, Brian Schlottmann also preached during the Sunday morning service, rounding up a very busy first week in Europe for the team. By the end of the week, the anxiety and fears the colleagues had felt coming into their new adventure had subsided, replaced now by fresh excitement and hope for the rest of the journey.