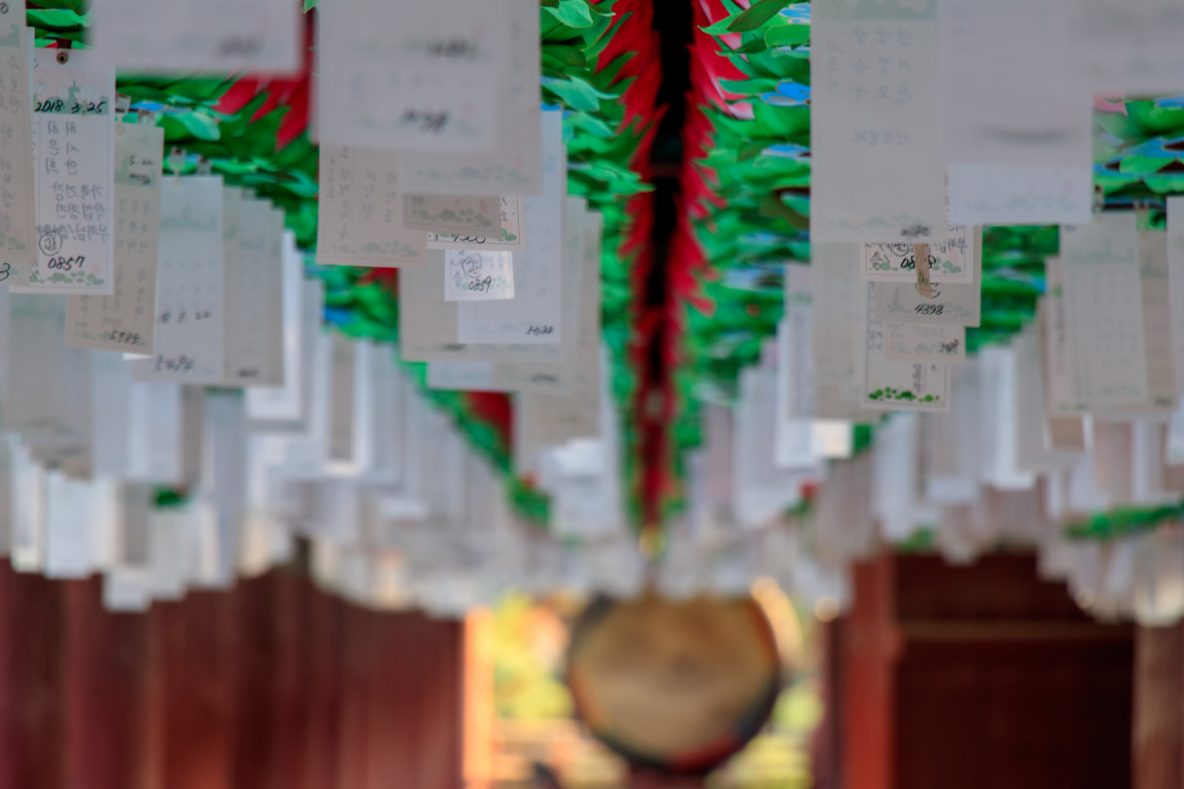 As you read this beautifully written story by our Korean friend Hui Eun Gwak (Rachel) about our day in the old city of Gyeongju, you will understand the passion Koreans have for their history. Rachel’s family brought us to Gyeongju-si to see the beautiful sites, and to learn about their ancestors' history. They treated us to an authentic Korean meal, and we were able to see the budding cherry blossoms that lined up the long road up to Bulguksa. It was a wonderful day spent with those we now call “Jeong.” We are grateful for our dear Gwak Family!

Though the ancestors are gone, their works and influence remain for their descendants through their inspiring stories —what happened here and what they dreamed and tried to realize can still be seen all throughout the city of Gyeongju. The capital of the Silla dynasty, a 1,000-years old kingdom seems like is telling us its stories, harboring great historic areas. If you come to Gyeongju, you will soon notice almost all of the buildings are no higher than 6 stories. That’s because not only historic areas are visible on the ground, but also a myriad of relics and ancient artifacts are buried under the ground—Still today, when people dig soil in construction sites, they often find 1,500-to2,000-year-old relics.

Among thousands of Silla historic areas, Abante visited Seokguram and Bulguksa, the top two quintessence of Silla’s flourishing culture—UNESCO designated them as a World Cultural Heritage in 1995. The name of the temple means “the kingdom of Buddha.” They indeed dreamed that; the grotto brags its elegance mathematically, scientifically and technologically in perfect ratios. It is still a mystery that Seokguram has not become damaged by humidity, but it still maintains its perfect condition, regardless of the threat of weather and several natural disasters. The ancient people, longing for the kingdom of Buddha, built these marvelous artifacts with their heart and soul, using their talents, state-of-the-art technologies, and passion. That must have been the harness that the small country could foster to conquer other stronger nations on the Korean Peninsula.

Walking through the heritage sites with my family and friends, I dreamed of the Kingdom of God—the True Kingdom. I prayed for all the people in this land to believe in Jesus Christ, our King. Looking at the masterpieces, albeit they’re for worshiping a false god, I thought human beings have a “DNA” longing for the Sovereign and the eternal. I gave thanks to God for sending many missionaries such as Henry Appenzeller who committed his life to save spiritually dying children here in South Korea in the late 19th century. Many centuries after the Silla dynasty was in power, more missionaries, like my Abante team are fulfilling the call to expand His kingdom in South East Asia.

“After this I saw a vast crowd, too great to count, from every nation and tribe and people and language, standing in front of the throne and before the Lamb. They were clothed in white robes and held palm branches in their hands.” (Revelation 7:9)

I believe all people shall praise God, with their talents and passion. On that day, all people will bow down at the feet of Jesus. And I believe the Holy Spirit will continue to work sincerely in our hearts until that day comes.