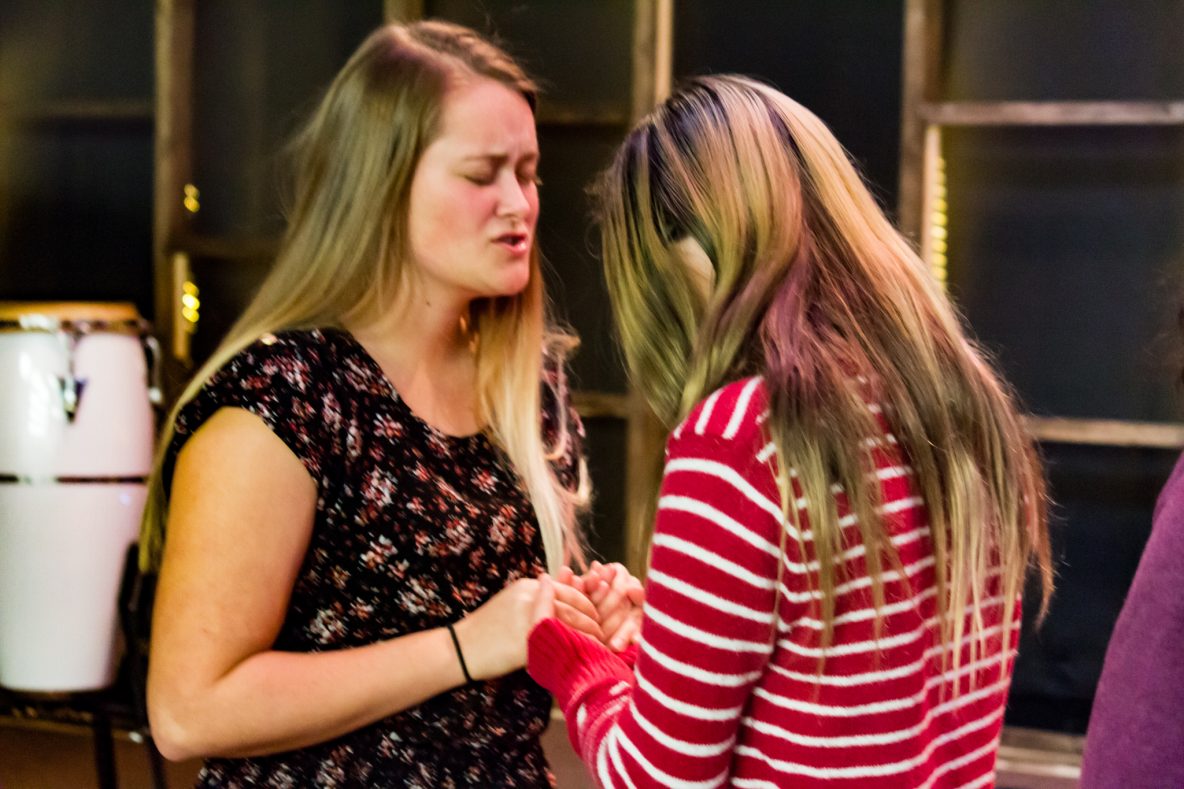 The ones who are crazy enough to think they can change the world are the ones that do.Steve Jobs

Sometimes the things that we plan, tend to hit unexpected roadblocks. The unforeseen situations often get in the way of our agendas and this proves to be frustrating and annoying. However, when we learn to live with margin in our lives, we see God move in ways, and places we would never have expected. The unexpected becomes the miraculous!

Our Georgia Abante Team prepared for a ministry opportunity in Maryland, serving the congregation of Encounter Christian Center (ECC). It was the goal to simply encourage the congregation, especially the newly formed youth group. The thing about that is, as much as you prepare and plan, things happen that leave you speechless and teach you good lessons for your own journey. The ECC congregants were loving, friendly, and giving. They were also, caring in service, and open to learn new things.

The team participated in two youth services, through music, testimonies, games, and preaching. They also attended two cell groups to share their personal stories. The team spent quality time with their host homes, and our director, Brian Schlottmann, spoke in the two morning services on Sunday. Abante was only there for four days, but in those four days, we were served, and pampered in a way reminiscent of the early church. The food never stopped, the music was engaging, the conversations were interesting and full of encouragement with prayer opportunities, and people were thoughtful enough to make us feel special.

The take away from this ministry experience was by far encouragement and service. The team came prepared to serve, yet they felt as though they were the ones who were served. The encouraging thing about the ECC family, is that they are invested in their community. They care about the suffering of those around them, and they are not just talking about it; they are doing several things to reach out to their community. The team’s host parents, and congregants included: scientists, Air Force One and military jet pilots, Secret Service Communication specialists, Chaplains, Business owners, people in the medical field, and stylists among others. Every conversation became a God moment that inspired them to continue moving forward, and to dream big.

Every testimony of salvation from drugs, alcoholism, or other addictions, were a reminder that grace truly is freely given to anyone willing to cry out for help.

Hear from some our colleagues about the experience: