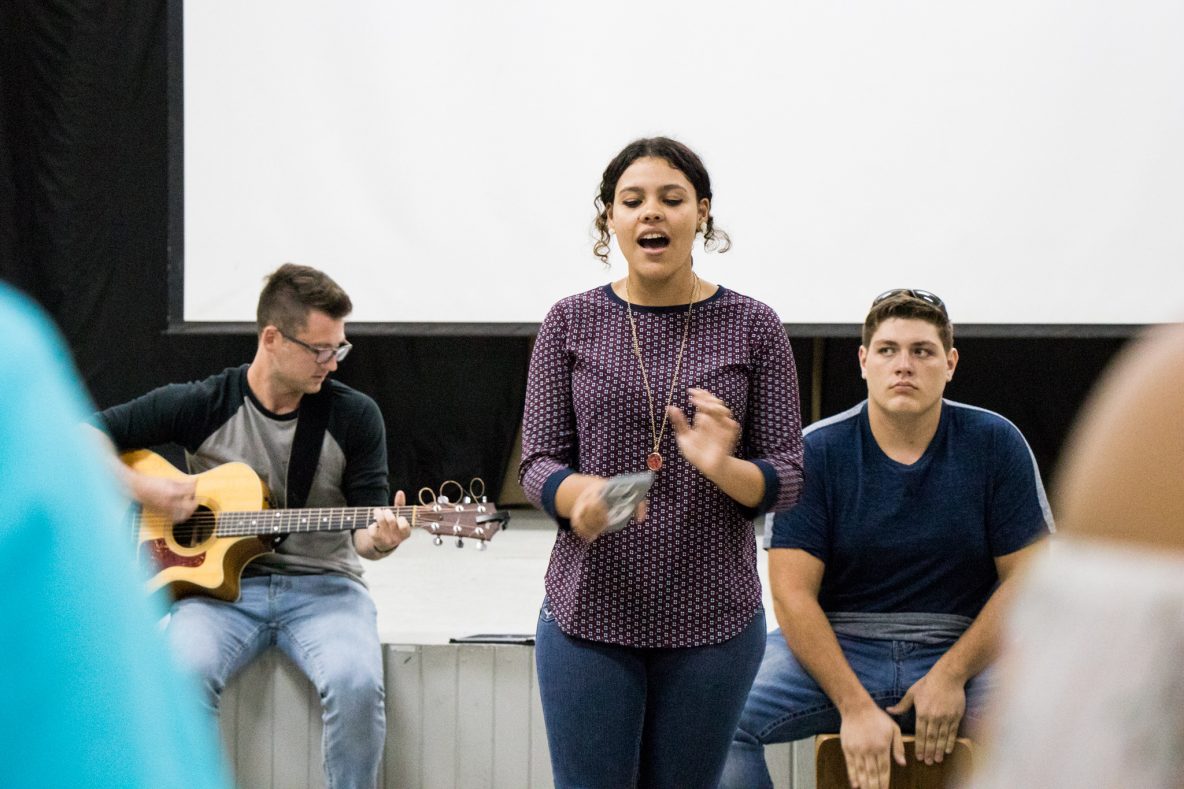 World peace must develop from inner peace. Peace is not just mere absence of violence. Peace is, I think, the manifestation of human compassion.Dalai Lama

Members of the Abante Team visited a Juvenile Center in Guaynabo, PR where they could share the love of Christ with juveniles who come from different walks of life. These young boys and girls have made wrong choices, perhaps were in the wrong place at the wrong time, or were influenced negatively to engage in inappropriate behaviors which cause them to lose relationships with their loved ones, respect of their peers, and even their freedom. As the team ministered to them, it became obvious that peace and love were the main elements missing in their lives. The Dalai Lama once said, “World peace must develop from inner peace. Peace is not just mere absence of violence. Peace is, I think, the manifestation of human compassion.” The team engaged this group of juveniles with great compassion, and soon the love of God began to break down walls.

Read about the interactions at the juvenile center from colleague Kevin Rodella, who had a significant, and personal experience he wants to share:

“These past three months in Puerto Rico have been a true amazing blessing from God and something I will forever be thankful for. We’ve done all sorts of amazing things here on the island. One of the things we’ve done is going to a juvenile center. The first time we visited, our fearless leader, Brian Schlottmann, had asked me to share a word of inspiration. I have preached before, so I thought to myself, ‘how hard could it be?’ However, Brian told me it had to be in Spanish. I was cool with Spanish because it is my first language, so I figured it would be a breeze.

As I prepared the word for these kids that were in a place in life where they might be looking for a second chance, I started to freak out for two reasons; One being I’ve never spoken to people in a juvenile center. Second, my Spanish is not the best. I knew it was good enough to be understood, but when I got to Puerto Rico, and was surrounded by mostly Spanish speakers, the flaws in my Spanish became evident– add the fact that my Spanish (which is from Mexico) is very different from Puerto Rican Spanish.

As a preacher, you worry about your content having an impact. In my case, I was worrying about whether my audience was going to understand my content, which is something I’ve never felt or even thought of before. As the days came closer this fear of the kids not understanding me became bigger and bigger. At this point, I was ready to just throw in the towel, so I took my scratched-up notes and I went to the rooftop of the Abante House to cry.

In the middle of this struggle, I called my dad back home in Texas. My dad only speaks Spanish. As I shared about my frustrations with him, he told me the one thing I love to hear from him. ‘I’m proud of you, son.’ After that he went through some exercises to help me pronounce words better. I can literally say I had not felt that much love from my father in that manner in a long time. God used this opportunity to bring us closer.

Finally, the day came for me to speak. I went in with confidence, knowing God was going to speak–– not myself; I was just the vessel for him to use. As I started the message and came to the first word I struggled with, I stopped, took a deep breath, and remembered what my dad and I had practiced and continued. I can now say I could give a good message with good Spanish. It was one of my greatest challenges here on the island and certainly one I won’t ever forget overcoming.

How were the kids impacted? The kids at the juvenile center were surprisingly open to the word. As I talked about Saul and how God met him where he was at and transformed him into Paul, they had an intense look in their faces. A look of hope, that God could meet them where they are and reach them in their situation today. As we led the kids into prayer, one of the boys accepted Christ into his heart that day. That was a big win not for us, but for the kingdom of heaven. The other kids were open to us, as we talked about our dreams and passions together. Some of them told us about how they loved cars and they loved basketball, while others told us about their passion for art, music and pottery. I can say every kid there could talk to one of us on the team and felt heard. When we left, I felt like we were leaving them with a sense of hope.”