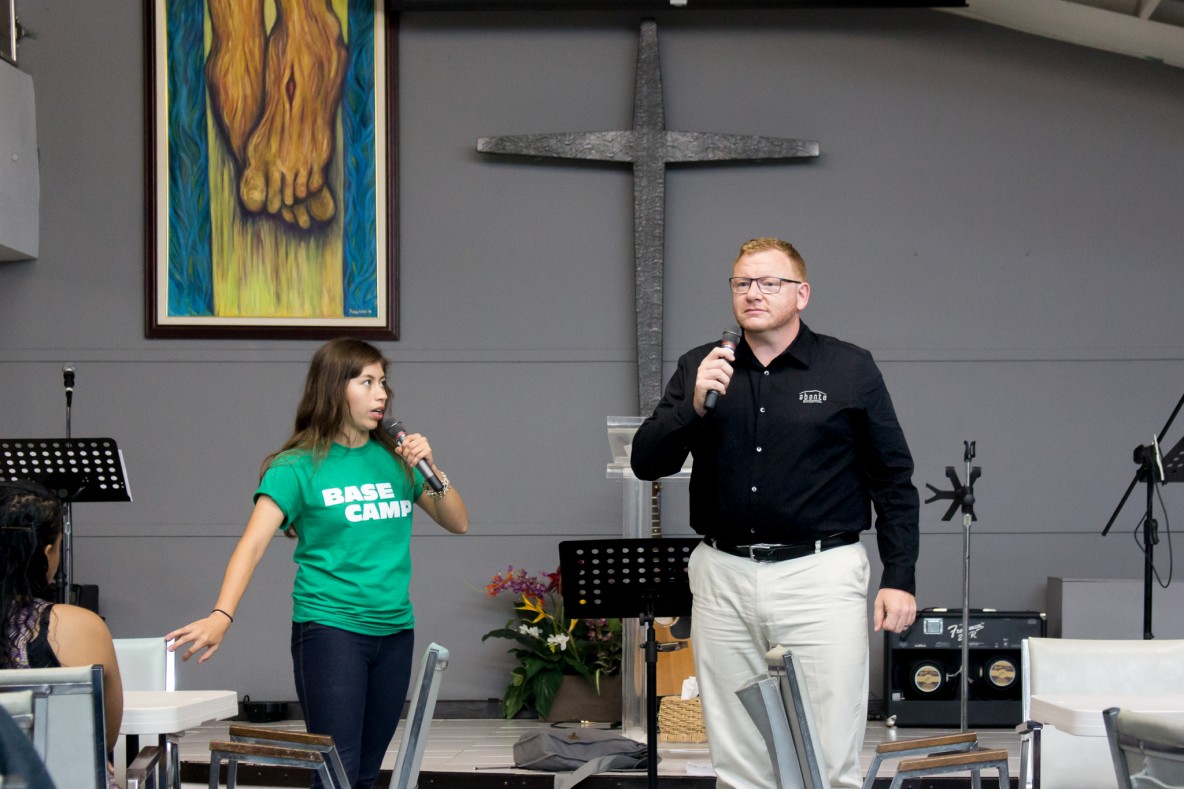 Abante International Colleagues collaborated with the Iglesia Alianza Cristiana y Misionera La Cumbre for their Youth group’s special program with the theme of “Base Camp.” The program, which took place on the 23rd & 30th of October, consisted on workshops for the youth in the areas of sharing their faith through friendship evangelism, as well as developing the necessary skills for active listening. The colleagues also worked with the younger students through biblical story telling and hand crafts.

The students who attended engaged the topics with remarkable hunger and curiosity. They had many questions about their role as part of the kingdom of God, and as they learned how to share their own sacred stories, they discovered a new passion for their lost friends and families.

For the older teens, some of the Colleagues served by leading workshops on “Friendship Evangelism”, “Active Listening”, and “Learning How to Share Our Sacred Stories”, while others teamed up to teach the younger children a simpler version of the same topics. This was a Spanish speaking audience, therefore, some of the team served with translations from English to Spanish. The event was several days long, and the team was able to interact not only with the attendees, but also with the great group of volunteers that came to serve, under the direction of their Youth Pastor, Mrs. Dorita Ayala.