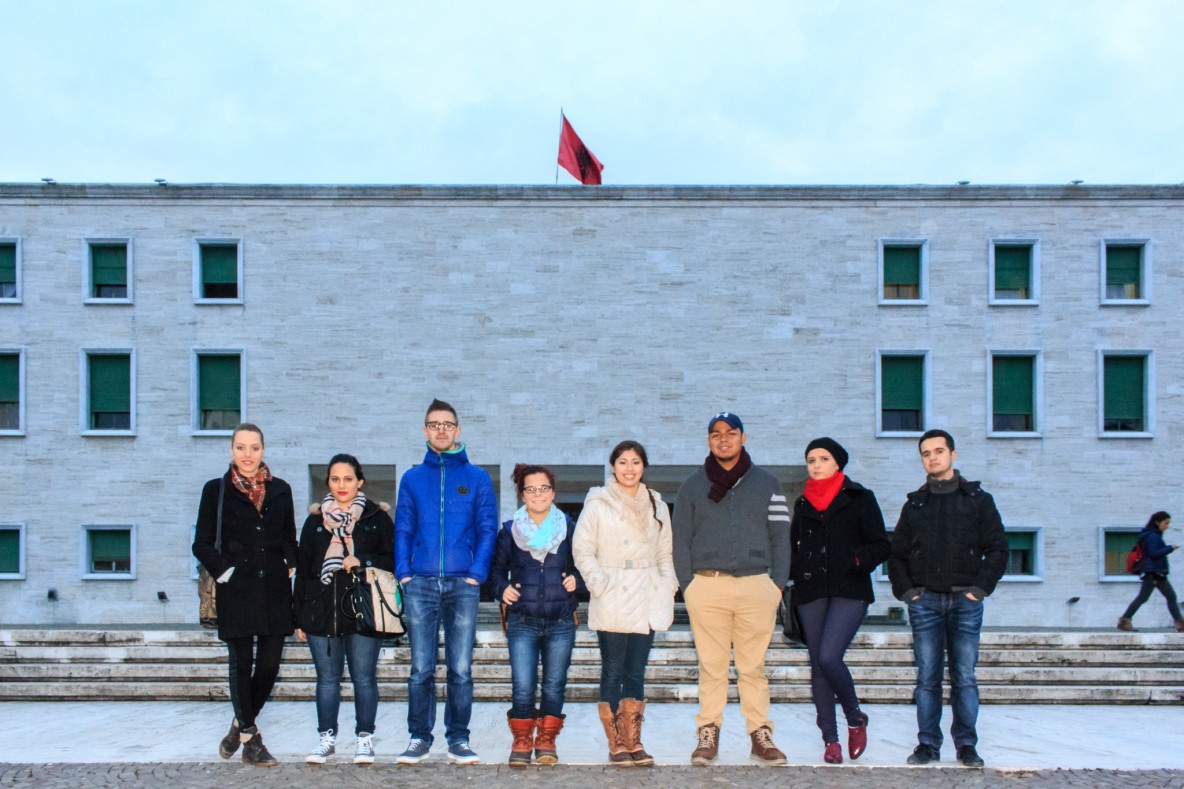 Albania, on Southeastern Europe’s Balkan Peninsula, is a small country with coastlines on the Adriatic and Ionian seas and an interior crossed by the Albanian Alps. Along its southern coast, the Albanian Riviera is known for its traditional Mediterranean villages, beach resorts and vibrant nightlife. With history stretching back to antiquity, Albania is also rich in castles and archaeological sites. (https://en.wikipedia.org/wiki/Albania)

On Monday, January 11, the colleagues made their way to Tirana, Albania, where they would be spending the next couple of weeks of missions’ service and ministry. They were met there by Elti Bodinaku, a native Albanian and a good friend of the program. Elti took the team on a tour of Tirana-the capital city-and several stops for coffee along the way. First observation about the culture; Albanians enjoy their coffee!

On the first week of ministry, the focus was teaching at the International School of Theology and Leadership in Albania. The teaching was on Spiritual Formation, and it was taught by founding director Brian Schlottmann. Meanwhile, the colleagues participated on a Panel about Spiritual formation, where they answered questions about their experience in the program, from what is it like to be a disciple in the Abante context, to conflict management, etc.

Colleague Violeta Haro-Oropeza preached at a mission church, while colleague Manuel Vital spoke at a local church plant. Besides the speaking and teaching engagements, the team participated in several prayer meetings, and they made a great connection with the local youth, through a night of fellowship and exchanging cultural dances. The colleagues took the local bus system, and walked an average of 10 miles a day from their apartment to the ministry location. This provided them plenty of opportunities to engage the locals.

While in Albania, the team also met a group of missionaries from the Organization YWAM. The interesting thing about this meeting is that the team had met two of the missionaries while they were in Puerto Rico serving at the Iglesia Wesleyana de Caparra. Over a meal, both teams exchanged stories and testimonies of their work in Albania, and encouraged one another to continue forward.

One thing that the colleagues learned quickly, is that the Albanians are hard working and dedicated people, with a long history of oppression, and constant changes. While religious freedom was introduced in Albania in 1990, the majority of Albanians are Muslims…Since 1998 the Albanian economy has grown although Albania remains a poor country. (http://www.localhistories.org/albania.html) This was evident as the team walked the streets of Tirana, and Dürres, walking through the path Paul took when he was on his way to Macedonia. The colleagues walked the same streets as Paul did on his missionary tour, and they encountered many God moments as they connected with the beautiful people of a country where the government is still trying to improve infrastructure, and where stability is slowly returning.