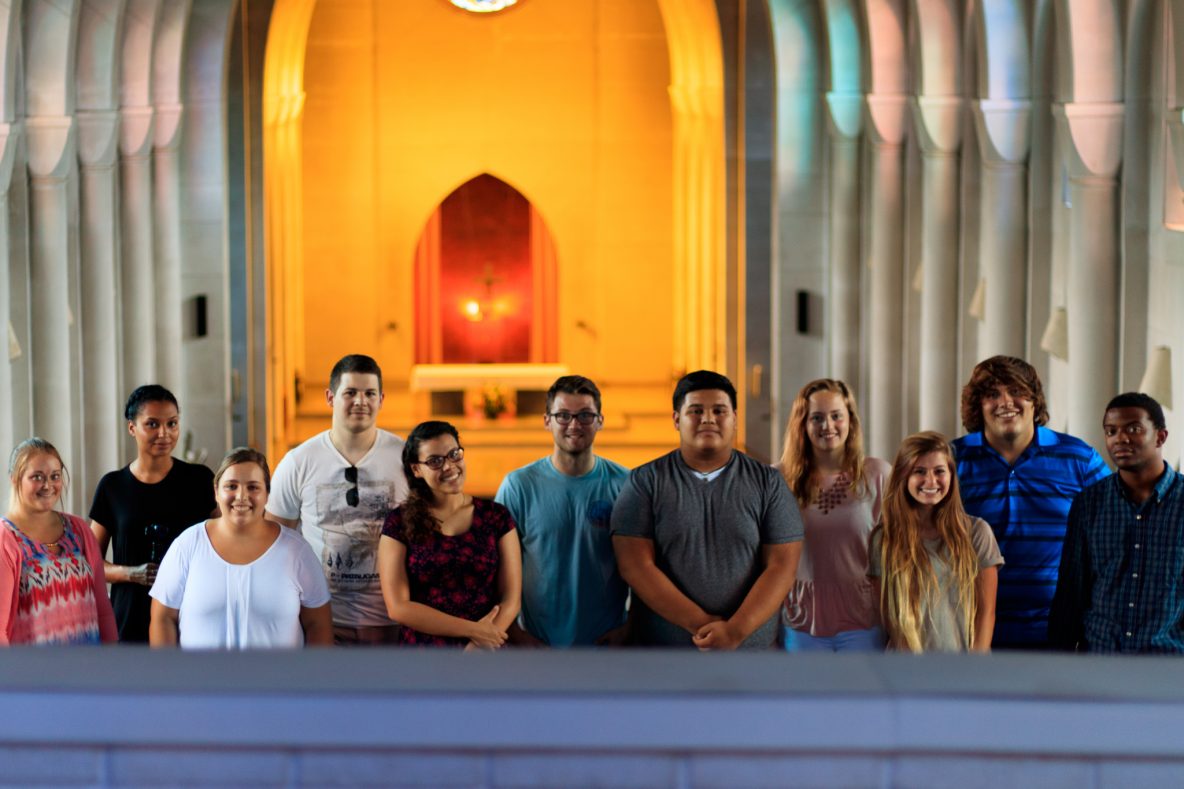 It is peaceful here, take some with you!Brother Callistus

The concept of monks – men or women living on the edge of society to focus on the divine– began more than half a millennium before the birth of Christ and became a feature of every major religion. You may be asking yourself, what does a monastic lifestyle have to do with Abante International? For the past two years, Abante colleagues have visited the Monastery of the Holy Spirit in Conyers, Georgia.  There, they have met and interviewed Trappist monks who have shared their story, and love for the contemplative life.

On Friday, August 14, the colleagues met Brother Callistus, as he gave them a tour of the monastery’s barn museum, and surroundings, while sharing the history of the monastery’s early beginnings, and his personal story. He said that the Trappist monks came to Conyers seeking after a simple, laborious, and obscure life, in order to become one with God.  The brothers are very rooted in prayer and lection divina – sacred study of the scriptures, the daily eucharist, compassion and hospitality for each other and others (community), and the simplicity of life.

Abante International finds that their value system is similar to that of the program; They value prayer, work, silence, solitude, and community. They have a strong call to love God, love others, love enemies, and finally, love all creation. Brother Callistus stated that, “one of our graces is the life given to us from God; it comes to us from community, from each other.” His call to the monastic life came to him twenty-seven years ago, while in the jungle of the Congo.  He said it came to him as a powerful, intense, and profound silence. He then went on a search for some way of life that accommodated that call. The monastic life was the culmination to his search. This man who left a luxurious life as an accomplished wall-street financier, has since fallen in love with prayer, calling it, a means to an end, whose ultimate end is to be with God.

The colleagues moved around the quiet surroundings, following their interaction with Brother Callistus, to visit The Abbey Church. Its structure figuratively reflects the lifestyle of the monks at the Monastery. Monks were among the first builders to realize that architecture could reflect a lifestyle…The key to such an environment is simplicity, which is why the architecture onsite is clean and stripped of unnecessary distractions. (http://www.trappist.net/about/history)

The colleagues then studied their first Discipleship Principle: “Know the Word”. They discussed the importance of not just reading the word, but studying it for what is worth, and meditating on its message, and how it relates to their lives today. Following the session, the team visited Awake Coffee Community in the Conyers downtown area, where they met previous Abante colleague Alec Smith.  He shared his story with the team, including his Abante journey, as well as the vision of the coffee house, which is a community gathering place created by local artisans to help communities thrive. Alec is a prime example of a marketplace missionary to the local community.