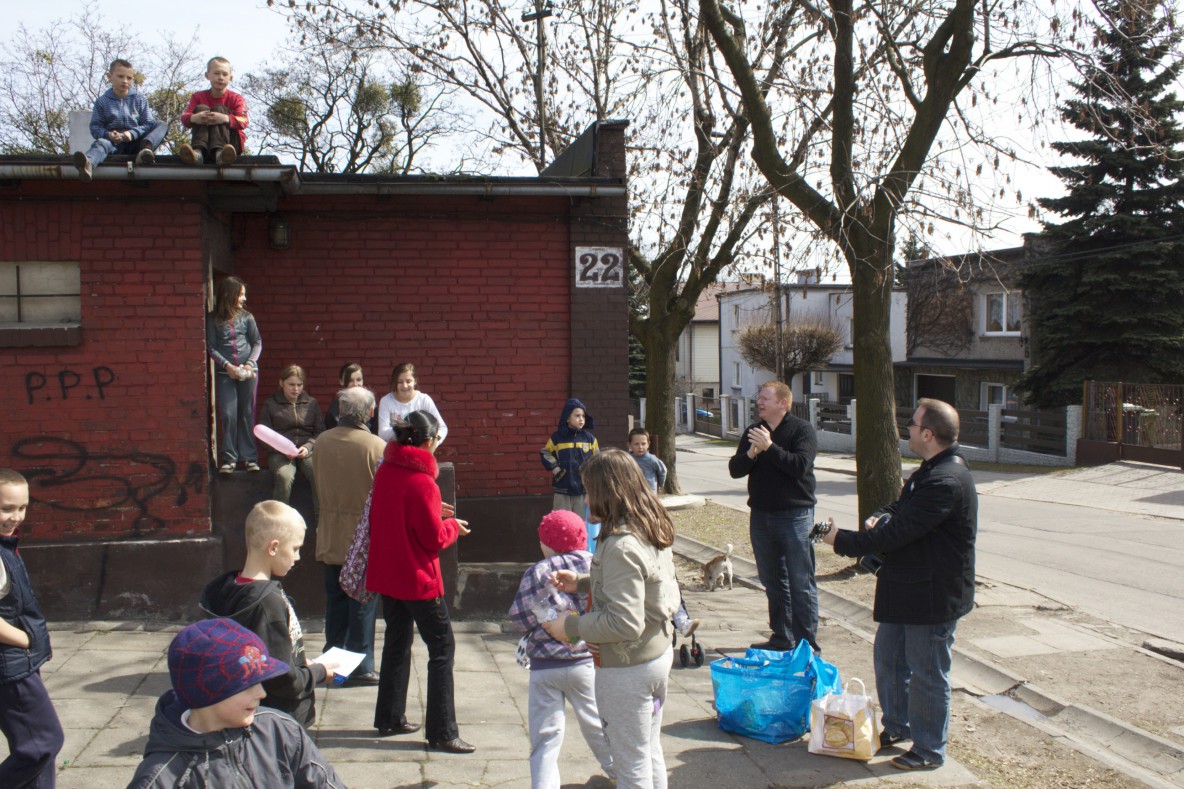 A great “Thank You” is extended to all of those who called and emailed well-wishes to the Abante Team in the past weeks. Your prayers were not in vain and God has allowed the team to do a great work in Piekary and Bytom, Poland. Early Monday morning following Easter, the Abante Team in cooperation with Jivko Jeliazkov and the European Youth and Discipleship Department set out for Poland. With a van loaded down with supplies and gear they started on their 10 hour journey.

While en route the group made a quick stop in the city of Dresden, Germany—made famous for it’s role in the World War II. The city was once known as the Jewel Box, because of its baroque and rococo city centre. An Allied aerial bombing towards the end of World War II destroyed the entire city centre. The team was able to have a Kebab and see the Semper Oper, Zwinger and other wonderful buildings of antiquity.

On Tuesday, the Abante International Team spent the day walking the streets of the city, singing, talking to locals, and inviting families to the local work pastored by Tomasz Adler. Additionally, the team spent time in two specific neighborhoods playing games, preaching and playing with local youth.

The day ended in a remarkable prayer tunnel in which the children laughed and ran through a tunnel formed by the arms of the Abante Team. As they would run through the prayer tunnel, the local leadership and the team would pray and bless the children.

Throughout the remaining days, the team was able to connect with several local churches and were a source of encouragement to the Christian community in Poland.

Poland is largely Catholic and the Church of God currently has 21 churches to cover the entire nation. For the Pentecostal youth of the nation, they may be the only ones in a school of a thousand that is primarily of another faith. They feel ostracized, alone, and outnumbered. For our churches there is a huge uphill climb.