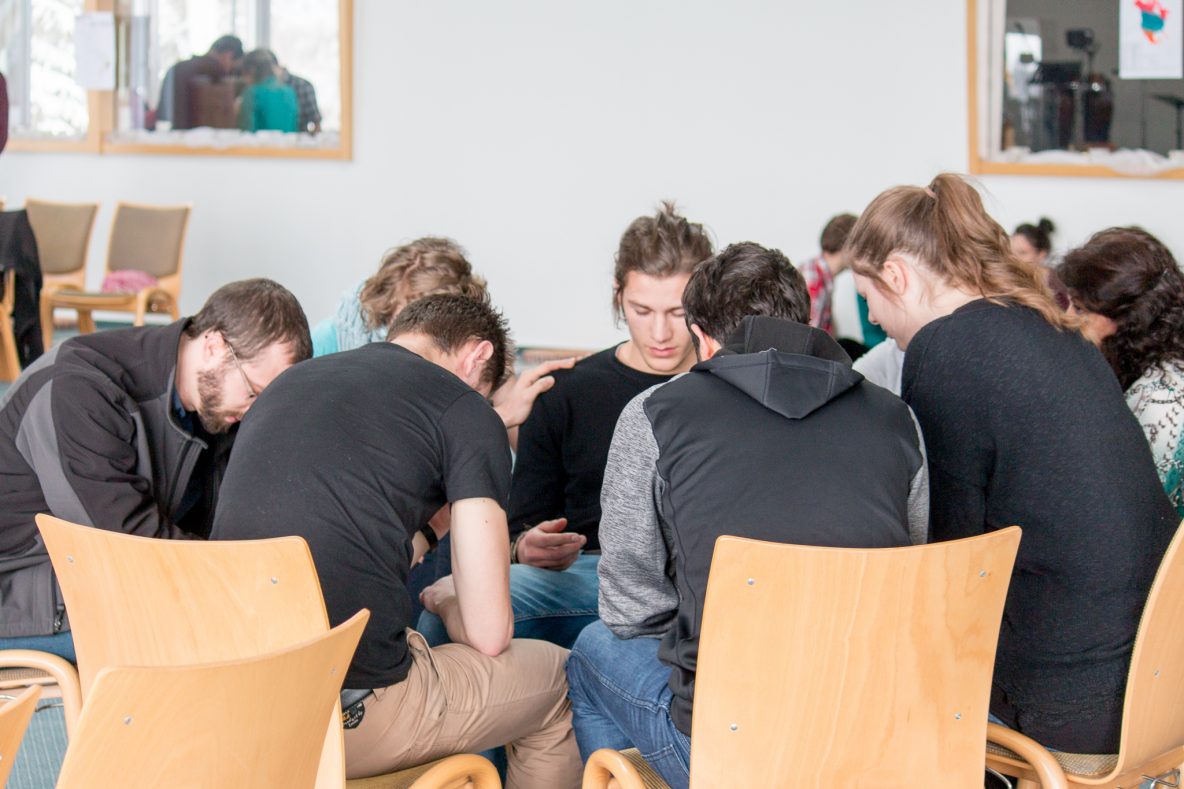 Prayer is reaching out after the unseen; fasting is letting go of all that is seen and temporal. Fasting helps express, deepen, confirm the resolution that we are ready to sacrifice anything, even ourselves to attain what we seek for the kingdom of God.Andrew Murray

At the European Theological Seminary, the students and colleagues participate on an emphasis day where everyone commits themselves to prayer, fasting, and meditating on the word of God for the entire day. These are foundational staples of Christian faith which both ETS and Abante International value as intricate to Christian formation.

First, everyone gathered in the chapel for a time of worship, and prayer, followed by three sermons on Identity presented by Colleague Manuel Vital, Colleague Violeta Haro-Oropeza, and ETS Student Fabian Richter. In the afternoon, everyone participated on a time of prophetic group prayer, the Eucharist, and foot washing ceremony. The first level students under the direction of Joanna Contreraz, and Daniel Hilf were responsible to put the event together, and they did an extraordinary job!

Throughout the day, individuals stopped by a table designated as an encouragement table. There, they wrote letters of encouragement and testimony for each other. Hearing testimonies, personal stories, and or words of affirmation is encouraging, especially during times of struggle. However, a written word can be kept -perhaps tucked away in a special place to be read over and over again, in times of despair, or in times of great victory.

Prayer may just be the most powerful tool mankind has.Blink ― Ted Dekker